BoneStation and Epic: The first interface

BoneStation’s first Epic integration occurred recently at a major Massachusetts medical center.  This center has six DXA bone density screening locations which report BMD studies. Bone density tests are read via BoneStation, a browser based application with centralized database, and reports are made available to clinicians via Epic.

The main goals of the integration were to:

Before integration, the reports, after being reviewed in BoneStation, needed to be printed and scanned into Epic.  This process greatly delayed the availability of bone density reports.

After integration, bone density reports are available in Epic within seconds of being read. 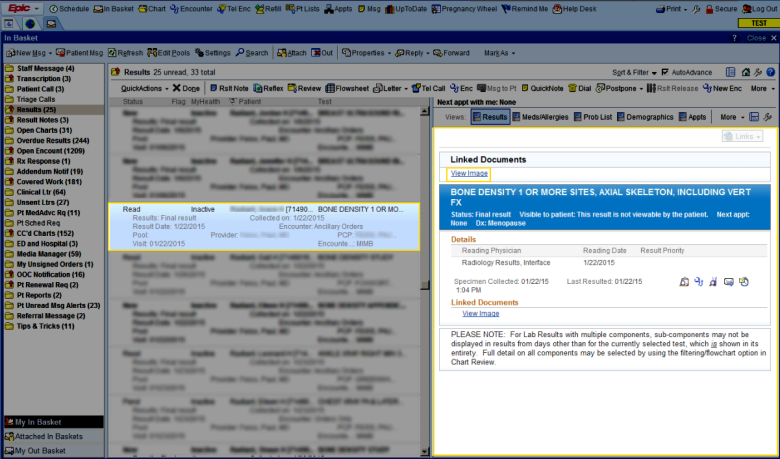 The first BoneStation interface to Epic was successful in accomplishing the medical center’s three major objectives, thereby increasing both the effectiveness and efficiency of their bone density testing practices.